Toward a farm-fresh food system 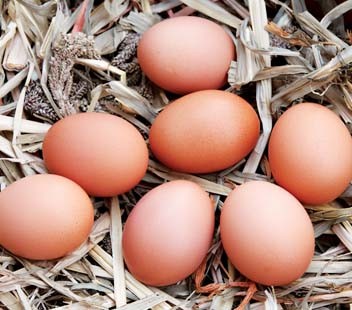 Readers of the brand new Illinois Times might not have learned learn much about who controlled the Illinois House, but we reported so diligently where they could buy farm-fresh eggs that it became a standing joke around the office.

It was 1975. Anti-corporatism, pesticide paranoia and food faddism had come back into vogue. We joined those of our readers who celebrated the home-grown and the wholesome. Some of our staff heated their homes with wood, others grew some of their own food; one of our contributors raised and butchered his own chickens, which never organized an effective anti-war movement.

Today, the Illinois Farm Bureau is one of several agencies that have taken on the responsibility of telling central Illinois where the farm fresh eggs are. In January, the IFB will host in Springfield a conference devoted in part to expanding the markets for locally produced foods. (Here’s a tip for those who can’t attend: Loyd Family Farms in Williamsville.)

One can dismiss as exaggerated or imagined claims by the more fervent locavores that growing and consuming more foods locally ease global warming or protect against food-borne illness. That still leaves lots of good reasons to buy food from the people who make it. It is tastier, usually fresher, and often grown in ways that are better for the land, livestock and the human body. Getting it to the consumer requires less hard-to-dispose-of packaging, and buying it helps keep local land in farms and local people in the money.

At the same time, locally-grown usually costs more (output is much lower than factory farming), availability fluctuates with the seasons and farmers’ markets – out of the way and open to the weather – are better for socializing than for food distribution.

Like the seeds of a prairie plant, the ’60s agrarian fantasy lay dormant until conditions were right for it to sprout anew. Now, as then, advocates tempt us with the vision of a Springfield hinterland that would no longer look like a factory assembly floor. Instead, the countryside would be dotted with lovingly tended small orchards, dairy farms and vegetable fields, home to healthy animals and buzzing bees. Happy meals, indeed.

This is not a brave new world but an old one. Husbandry of this kind flourished until the mid-1800s in Illinois. Smallish farms geared production to the food needs of nearby cities, which lay close enough that what they grew could be (indeed had to be) sold fresh.

Springfield’s downtown farmers market in those days was a thing of bricks rather than tents. In 1843 a Market House accommodated farmers selling the public everything from corn meal to quail. The building stood in the middle of Sixth Street between Washington and Jefferson until 1855; it was razed and a new one built in 1860 on the outskirts of downtown – Fourth and Monroe. By then, however, railroads were bringing food from across Illinois, the Midwest and the nation into Springfield stores, where people were buying most of their food. Today, some estimates are that more than 90 percent of all the fruits, vegetables, and meat that Illinoisans eat come from outside the state.

The hope that a city like Springfield might again be able to feed itself from foods grown in its own backyard is a fantasy – there is not enough land, enough growing days, enough farmers. Catering to new markets for home-grown also will require more new farmers to meet it, or rather new kinds of farmers. If farming was for decades the last resort for people too dumb to do anything else, making a go of it today requires that they be smarter than everyone else.

Mainly, the local food movement needs new consumers. It is hard enough for that community with appetites for the local, the organic, the exotic to sustain a decent restaurant or two in Springfield, much less a whole food supply system. Their neighbors don’t eat bad things because they don’t have better, they eat bad things because they love bad things. In order for the locavore revolution to be realized in its more comprehensive forms, these Americans will not only have to get food from new places, but eat in new ways, think about their bodies in new ways, and learn how to cook in new ways. Better food is one thing; better people, we have learned again and again, is beyond us.

None of which means that buying locally is not worth doing. It might not do much to help the world but it will help the person you’re buying from, and that’s more good than any of us usually achieve when we put a dollar on the counter.